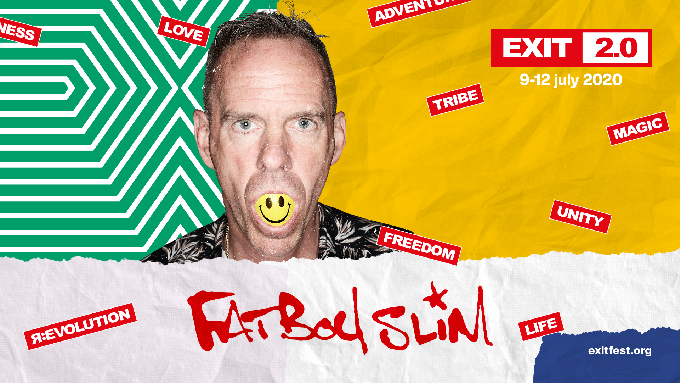 Music superstars, true legends and the hottest newcomers make the first 20 acts announced for the much-awaited EXIT Festival’s big 20 years celebration festivals that will take place from 9 to 12 July 2020 at the spectacular 18th century Petrovaradin Fortress, overlooking the Danube to festival’s hometown Novi Sad in Serbia! Combined together, they bring global hits with more than 20 billion YouTube views featuring various styles of electronic, rock, metal and hip-hop music in a diverse lineup that EXIT is known for. David Guetta, Tyga, James Arthur, Fatboy Slim, Boris Brejcha, Sepultura, Meduza, ARTBAT and Zhu, to name a few, will be playing one of world’s most beloved and award-winning festivals that started as a peace and freedom movement back in 2000. Ever since its rebellious roots, EXIT won two titles of the Best Major European Festival at European festival awards, the Best Overseas Festival at UK Festival Awards and dozens of other awards and recognitions by some of the world’s most influential media.

Headlining this first of many announcements is David Guetta, one of the most successful music producers of the 21st century with more than 50 million sold albums and singles, two Grammy Awards and over 100 million fans on social media. Guetta and EXIT go way back growing on a global scene with each other, so it’s no surprise the Parisian DJ superstar was topped the recent wishlist of EXIT fans! Joining him on the Main Stage will be Tyga, a famed rapper straight outta Compton, whose popularity is easiliy measured with over 30 million Spotify streamings a month and regular top ranks on the Billboard RnB/Rap charts. Tyga (Thank You God Always) is rightly considered to be one of the leading rappers of today as, in addition to a whopping 74 singles, he also has seven studio albums with this year’s Legendary turning platinum! EXIT welcomes yet another streaming multibillionare, the popular English songwriter with a booming voice James Arthur, who lead the UK charts along with Billboard Hot 100 on more than one occasion! Arthur is also among 20 UK artists to have sold over two million singles, while his three albums over the past seven years birthed hits such as Impossible, Say You Won’t Let Go, You Deserve Better and many others.

Guetta will be joined by another legendary DJ and producer, as well as an extraordinary showman who is equally a big part of EXIT’s 20-year long history, Fatboy Slim! After a major arena tour this year, he returns to EXIT’s Main Stage to show once again why he rightfully headlines the biggest festivals and is considered to be one of the most important disc jockeys of all time. One of the most popular from the new generation of EXIT stars Boris Brejcha, also returns at a time of unprecedented popularity. The adored German DJ with a “joker” mask is known for his unique sets made exclusively of his own tracks and massive shows at EXIT’s gargantuan Dance Arena stage. Another act that won the world with unbriddled power of their own music, the Ukranian hit DJ duo ARTBAT will debut at EXIT on its big 20th edition. Arthur and Batish do not cease to fascinate fans with exceptional sets such is the one for epic streaming platform Cercle, followed by EXIT’s own pilot version of new LIFE STREAM project at the Amsterdam Dance Event. Joining this rich dance music selection will also be Meduza, considered a favorite of the upcoming Grammys for its global hit Piece of Your Heart that racked over 600 million streams, with platinum sales and the top of the US, UK and many other charts worldwide! EXIT will also see the return of the mysterious DJ and producer ZHU, hitmaker behind tunes such as Faded, In the Morning, Working for it and countless other singles, with remixes for Lana Del Ray or Calvin Harris.

The first EXIT wave would have not been the same without handful of guitar titans, such as the powerful Brazilian Sepultura, a lelegendary metal band with 14 albums and some of the riffs which have left a mark on rock music in general. New York-born, heavy metal musician Billy Milano, with his M.O.D. (Method of Destruction), will also be at the gargantuan Petrovaradin Fortress next year, together with the Russian metalheads Moscow Death Brigade, rock guerrilla Crippled Black Phoenix, dark-wave heroes She Past Away and the Brit deathcore mainstays Bury Tomorrow.

EXIT’s 20th anniversary simply could not pass without the return of some of its first headliners, those who were brave, or simply crazy enough to be among the first to attend a new festival in Serbia, a place diametrically opposite to all they had heard about it, a place where they came face to face with the best possible audience in the world. Yes, the Bristol alt-rockers Kosheen and the trio of live bass music icons Roni Size and LTJ Bukem will be returning to the Fortress, for a special EXIT reunion.

Tickets
Tickets for EXIT are available at exittfest.org. The official tourisagency of the festival, exittrip.org offers tour packages containing tickets, as well as accommodation and transport options.
About EXIT
Started as a student protest in 2000 fighting for political change and freedom, EXIT is still an NGO (Non Governmental Organisation), one that promotes change and positive education, supporting many community and humanitarian missions, while throwing a damn good party.

Just a short ride away from the Serbian capital Belgrade, the magical Petrovaradin Fortress set high on the banks of the river Danube in Novi Sad provides the perfect setting for the EXIT Festival. The award winning festival has something for music lovers of all genres with a diverse mix of artists performing on numerous stages connected by cobbled streets, ramparts and tunnels.

Also renowned for it’s amazing atmosphere and energy the Dance Arena champions the who’s who in the electronic music world set in the awe inspiring moat of the fortress, it’s that special moment when the suns rays shine over the fortress walls and your favourite tune is belting through the soundsystem and into your soul!

EXIT continues to deliver the most adventurous and value for money festival experiences in Europe whilst striving to bring the best talent possible with the challenges that a non-profit brings, all while playing a vital role in bringing together the new nations of former Yugoslavia, war-torn by the events and it is the social importance of the Festival that made it unique and globally recognised. Music is a universal language that connects and brings people together to make the world a better place.

EXIT was voted “Best Major Festival” at the European Festival Awards in Groningen, Netherlands in 2013 and 2017, but has also won “Best Overseas Festival” award in 2007, at the UK Festival Awards. Apart from the music industry awards, EXIT Festival has won the title of the Champion of Regional Cooperation, awarded by the Regional Cooperation Council. The award was received for connecting people from the Balkan region for more than two decades now, as well as for overcoming culturological, political and many other differences, as well as for promoting the spirit of tolerance, understanding and prosperity.

Next year, on its big 20th anniversary, EXIT is launching its biggest environmental project to this date: the • LIFE STREAM. The live stream of performances will be put into a purpose with one paramount goal: to preserve life on the planet. The planet will be fine, we won’t. Festival will send a call to fans, the world leaders and people everywhere to take immediate action, while also helping relevant organisations raise donations and make a difference.
di Nikki McNeill 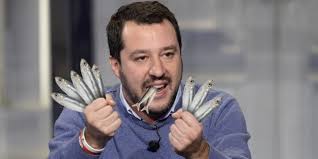 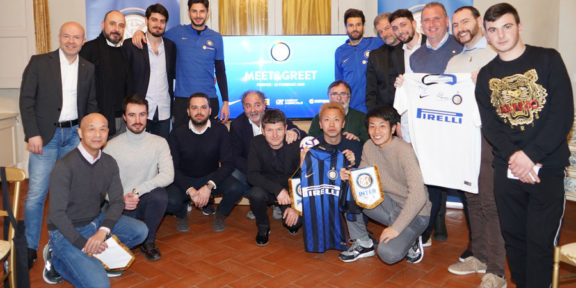 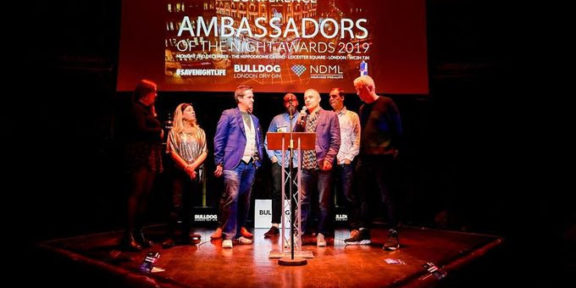 Says Michael Kill (NTIA): "We feel that the work that you have done is exceptional and represents exactly… 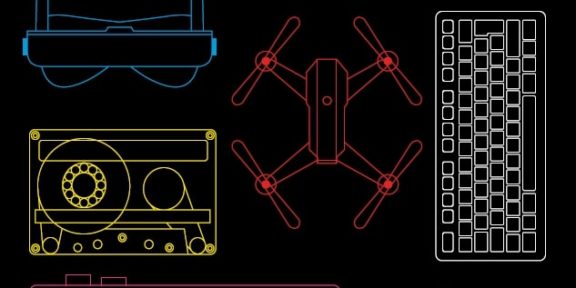 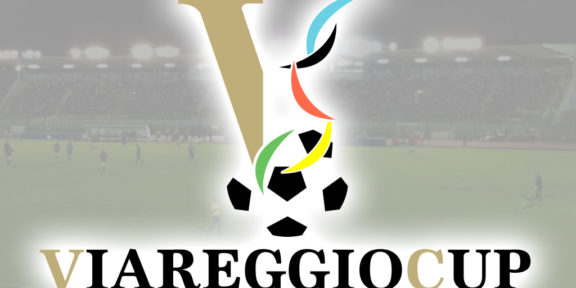 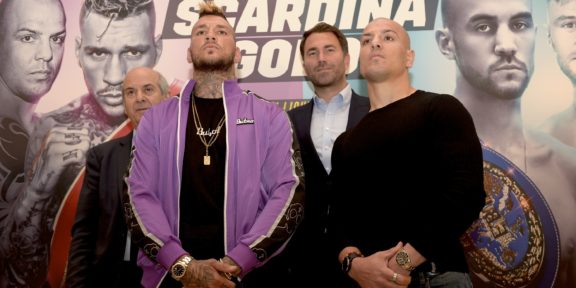